Patricia Epstein Putney talks about the unique issues which can arise surrounding service of process and how careful analysis should be undertaken regarding who received the "summons and complaint" to ensure strict compliance. Read more on this topic.

The ERA: Where Are We Now? (State Bar of Wisconsin - Wisconsin Lawyer) - Authored by Storm Larson

"Although Wisconsin played an early and pivotal role in supporting the Equal Rights Amendment, the ERA has never been officially ratified. As each generation presses toward full gender equality, the next generation builds on past successes to manifest the vision that began in Seneca Falls in 1923." (Read More - March 10, 2021 Article by Storm Larson - State Bar of Wisconsin - Wisconsin Lawyer)

"The Seventh Circuit recently indicated an interest in addressing the standard of causation for disparate treatment claims under the ADA. Storm Larson discusses Seventh Circuit precedent and variations among other circuits on the issue." (Read More - Article by Storm Larson - March 9, 2021 - State Bar of Wisconsin)

"Associational disability discrimination happens when a covered employer discriminates against a nondisabled person for having a relationship with a person who has a disability." (Read More - Article by Storm Larson - December 2020 - State Bar of Wisconsin)

"An expository article which discusses the purposes, causes of action, defenses, and remedies available to Wisconsin parties under federal and state anti-discrimination in employment statutes.” (Read More - Article co-authored by Storm Larson - April 2020)

Restoring the voluntary intoxication defense in Wisconsin would help promote due process without making it likely that defendants would evade responsibility for committing crimes for which intent is an element. (Read more - Article by Storm B. Larson) 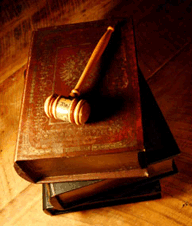