Bill is current in several areas of the law. He represents individuals and small businesses in a broad range of transactions including taxation, corporate, buying and selling of businesses, real estate, collaborative family law, and trusts and estates. He also has emphasis in representing mental health therapists. Bill had an extensive family law practice and represented lawyers, doctors, university professors, CPAs, and corporate executives in divorces as well as same sex and unmarried couples in litigation before he reduced his practice.

Bill has served for decades in charitable organizations serving the community, including the Board of Energy Services, Inc., the Board of Briarpatch Youth Services (as its vice-president and president), and on the Teen Speech Program for the Optimists Club of West Madison, as well as having been president of the Middleton Jaycees. He has also served on different condominium boards as president. Bill has served as president of an EAA airplane flying club.

Since he became an Eagle Scout, he has been interested in the outdoors and has backpacked in the Rockies, canoed in Canada, scuba dove in oceans, and rafted wild rivers. He has several times completed the Birkebeiner (cross country ski marathon) and is an avid downhill skier, tennis player, and biker. Bill has two accomplished daughters, Whitney and Meagan.

Please check out his profile on "LinkedIn" for endorsements. You will find endorsements from former clients, other lawyers, and retired judges (sitting judges may not offer such endorsements). He looks forward to working with you.

Bell, Moore & Richter, S.C. is proud to announce that they have been providing 170 years of legal services to individuals and businesses.

Bell, Moore & Richter, S.C. has been recognized by U.S. New & Best Lawyers® as a Madison Metropolitan "Best Law Firm." "Firms are recognized for professional excellence with consistently impressive ratings from clients and peers."

It's Official. The 2018 annual exclusion amount will be $5.6 million and the annual exclusion for gifts will be $15,000 per person. These and all of the other inflation adjusted tax items are set out in the IRS Revenue Procedure 2017-58 (which you can see in the attached link). 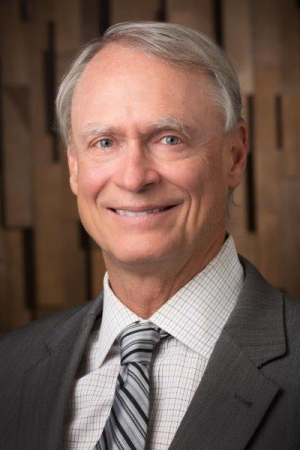